Whenever I see great art in situ, in its original location, as the artist intended, it challenges, transforms and enriches my experience.

In Milan, we went to see the Last Supper by Leonardo DaVinci. It is preserved in the refectory of the monastery at Santa Maria delle Grazie. In situ, one sees things like the way Leonardo incorporates the natural light that comes through the windows of the refectory into the composition of the painting. And how splendid to have the Last Supper in the monks’ dining room!

I am also struck with how a church setting affects my understanding of renaissance realism or naturalism. So often, all one hears from the guides is an Art History 101 summary of the discovery of perspective and the focus on the human. Perhaps they will throw in a little of the great genius theory and then move on to the next painting.

These things are true enough, but when one sees a great painting like the Last Supper in its church setting these explanations seem rather thin. What they fail to see is how much renaissance naturalism and humanism is indebted to late medieval Christian convictions about the incarnation of Christ and the focus on the life of Jesus.

These core Christian convictions affected the art of the renaissance as much as discovery of the science of perspective. Because God became truly human, attention to the reality – indeed the saving reality – of God in the flesh becomes of paramount importance.

Nonetheless, there are significant differences in the renaissance depiction of humanity. Some are idealized visions of humanity like we see in Michelangelo’s David. 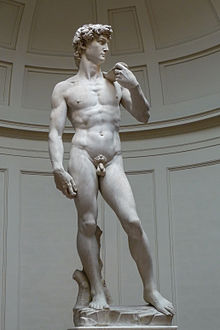 Others, like Cimabue’s crucifixes depict the reality of the battered humanity of Jesus on the cross. 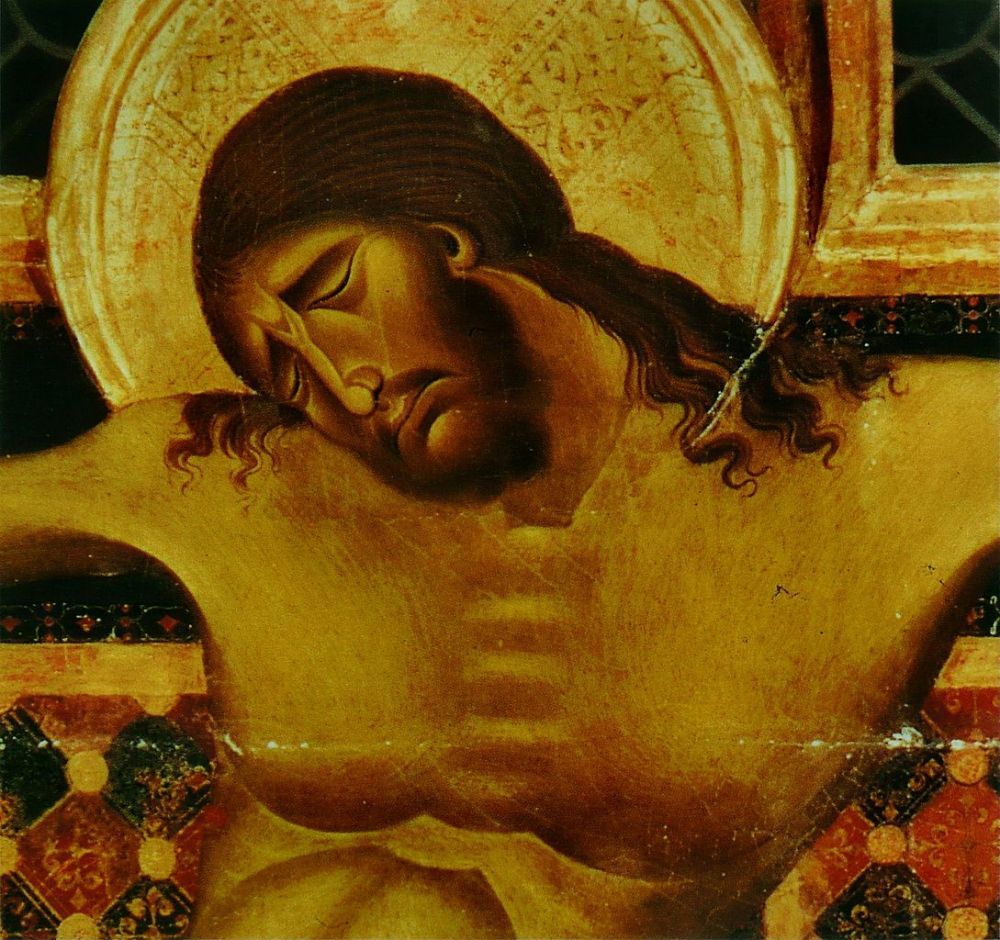 Which leads to the question: Which depiction is more true to the human condition?

Each time I have seen Michelangelo’s David I have been gobsmacked. But, I must confess, if someone held up the statue of David as a true depiction of what humanity is or ought to be, I wouldn’t trust him or her. It’s not just that the idealized humanity of David is a fantasy, but the fact that idealized versions of humanity have too often and too easily become the justification for killing real human beings who don’t measure up.

The battered humanity of Jesus that we see in Cimabue’s crucifixes resists this fantasizing and its potential for violence. In it, we see the battered humanity of Jesus on the cross who gave his life for all the godless and godforsaken people of the world by identifying with us in our suffering. In our world, especially in our world today, I rather think Cimabue’s crucified Christ portrays the reality of what it means to be human better than David.

In DaVinca’s Last Supper, he captures the moment when Jesus tells his disciples that one among them will betray him. We see the apostles’ responses: John swoons, James is stunned, Matthew wants answers, Peter angrily grabs a knife ready to fight, and Judas leans back into the shadow clutching the bag of coins he took to betray Christ.

Jesus is in the center of them all — the swooning, the stunned, the questioning, the angry and the betrayers — and his outstretched hands point to the bread and the wine, his body and his blood, which will be given for the salvation of all humanity.

God meets us in the true humanity of Jesus in order to save real flesh and blood human beings.